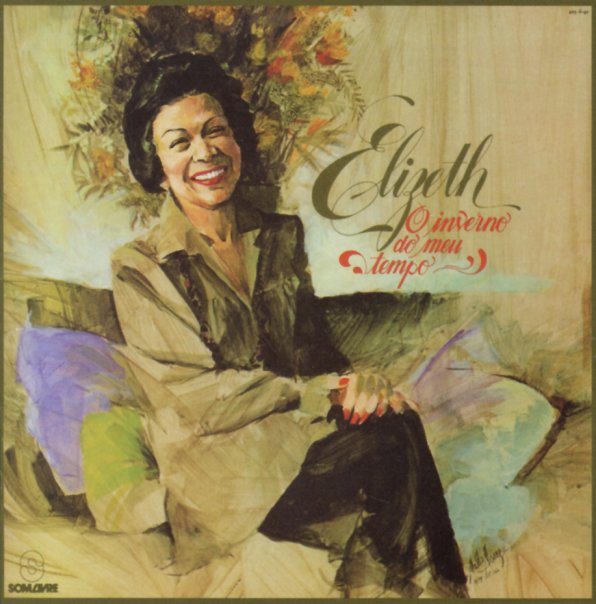 Elizeth Cardoso sounds really wonderful here – stepping out on some of the more familiar samba modes of her classics, but also mixing things up in nice ways too – using some mature, sophisticated styles that are served up by a mix of arrangers that includes Antonio Adolfo, Sivuca, Geraldo Vespar, and Radames Gnattali! Cardoso has the sort of voice that commands respect, no matter what the setting – and the variety here really helps deepen our understanding of her talents, especially as we haven't heard much from this point in her career. Titles include "Queixa", "Unhas", "No Tempo Dos Quintais", "Voltar", "De Repente", and "O Inverno Do Meu Tempo" – plus guest work from Baden Powell on "Velho Amigo", and Joao Nogueira on "Mulata Faceira".  © 1996-2021, Dusty Groove, Inc.
(Out of print.)

Nacao Zumbi (2014)
Som Livre (Brazil), 2014. Used
CD...$6.99
Excellent work from Nacao Zumbi – one of the first groups to showcase the new sound of music in Brazil 20 years back – and still a combo who can come up with the good when they want to! The music here remains very true to the best NZ groove – a heady brew of rootsy elements, ... CD

12 Brasas Para Voce
CNCr/Discobertas (Brazil), 1967. Used
CD...$11.99
A really cool collection of 60s rockers from Brazil – music that was part of the jovem guarda generation, right before the Tropicalia years – but served up here in a package that's a bit groovier than most from the time! Unlike some of the bigger-label material from the jovem guarda ... CD

Los Increibles
Discobertas (Brazil), 1965. Used
CD...$14.99
A rare Mexican album from this very cool Brazilian group of the 60s – one of the sharpest guitar-based combos of the pre-Tropicalia years, stepping out in a guitar-heavy blend of vocal and instrumental tunes! The instrumentals are maybe the best – as they've got lots of really ... CD

As Duas Faces De Juca Chaves
RGE/Discobertas (Brazil), 1960. Used
CD...$8.99
The two faces of Juca Chaves – one a witty samba singer, the other a straighter vocalist – served up here in a strong split album from the 60s! Side one features "satiras" – tunes that often have Juca's vocals cutting sharply alongside percussion, guitar, and some nice ... CD

Barra Pesada – MPB4 Ao VIvo Nos Anos 70 (5CD set)
Discobertas (Brazil), Mid 70s. Used 5CD
CD...$39.99
A really heft collection of unreleased live recordings by this great Brazilian vocal group – one that almost seems to double their catalog of albums from the 70s! MPB4 got their start in the 60s, at a time when Brazil was really in love with harmony styles borrowed from American groups like ... CD

Brasil – Violao E Sambalanco
RGE/Discobertas (Brazil), 1960. Used
CD...$19.99
Acoustic guitar and lots of lively rhythms – a set that's somewhere in the territory of early records by Luiz Bonfa and Baden Powell, but has a nice sort of flavor that's all its own! Paulinho Nogueira has a chromatic sound to his instrument – as his guitar lines cascade out gently in ... CD