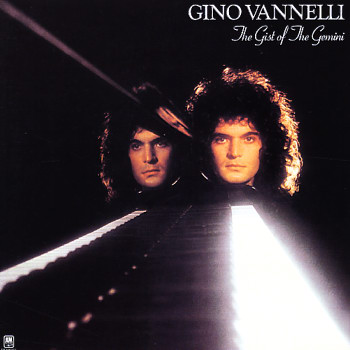 His hair's getting longer and his music a bit more flowing and dramatic – but Gino Vannelli's still going strong here, really opening up in the shine of his own mid 70s pop brilliance! The record's slightly more ambitious than some of Vannelli's earlier efforts – especially on side two's extended "War Suite" – but the overall charm of his music is still very firmly in place, and cast here with a focused, professional groove that's heavy on keyboards, vamping in a tight AM pop way, and produced with that cool flanged-out style on vocals that made so much 70s pop so great! Titles include "Love Of My Life", "Ugly Man", "A New Fix For 76", "Fly Into This Night", "Prelude To The War", "Battle Cry", "Summers Of My Life", and "After The Last Battle".  © 1996-2023, Dusty Groove, Inc.