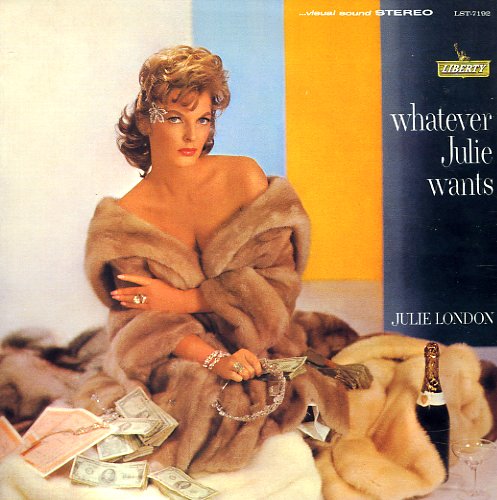 Money, minks, and a diamond tiara – whatever Julie wants, it's pretty well laid out in the album's cover image! The set's a slinky swinger that definitely follows in the spirit of the title track "Whatever Lola Wants" – that postwar vampy sort of groove that Peggy Lee was doing so well over at Capitol – a natural fit here for Julie London, given the naturally sensuous quality of her singing! The backings have just the right sort of sexy bounce for the themes – and London sexes it up even more than usual, really adding some great life to tunes that include "Love For Sale", "Why Don't You Do Right", "My Heart Belongs To Daddy", "Take Back Your Mink", "Diamonds Are A Girls Best Friend", and "An Occasional Man".  © 1996-2022, Dusty Groove, Inc.