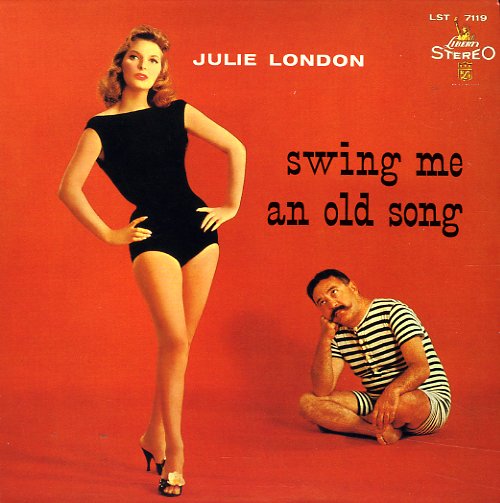 Old songs, but swung the Julie London way – and given a really cool feel here, thanks to jazzy backings from the great Jimmy Rowles! The group's clearly got some key west coast hornmen in the lineup – as some points feature some standout sax or trumpet bits that really help flavor the tunes – taking them way past Julie's usual sensual style, and offering up a great second element that really makes the record worth checking out! The tunes come across in ways you'd hardly expect – and titles include "Row Row Row", "By The Beautiful Sea", "Comin Thru The Rye", "After The Ball", "Cuddle Up A Little Closer", and "Old Folks At Home".  © 1996-2022, Dusty Groove, Inc.