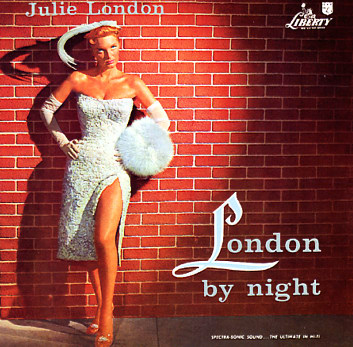 Breathy vocals from the great Julie London – an album recorded early in her years on Liberty Records, but with a slightly full sound overall! Backings are by the orchestra of Pete King – a little heavy on the strings, but never too much so – just enough to give the tunes a sad-tinged sort of sound that glows and shimmers nicely behind Julie's vocals – very much in the moody feel you might expect from the trashy image of London in an alley on the cover! The set's never sleepy, and has a nicely dark undercurrent – on titles that include "Nobody's Heart", "The Exciting Life", "Something I Dreamed Last Night", "Well Sir", "In The Middle Of A Kiss", "Pousse Cafe", "Mad About The Boy", and "My Man's Gone Now".  © 1996-2022, Dusty Groove, Inc.

Blues & The Soulful Truth
Flying Dutchman/BGP (UK), 1972. New Copy
CD...$7.99 14.99
Leon Thomas takes his vocals to new heights – moving past the straight spiritual jazz modes of his work with Pharoah Sanders, to embrace a whole host of new styles too! There's a slight trace of the blues promised in the title, but always inflected through a more soulful approach overall ... CD