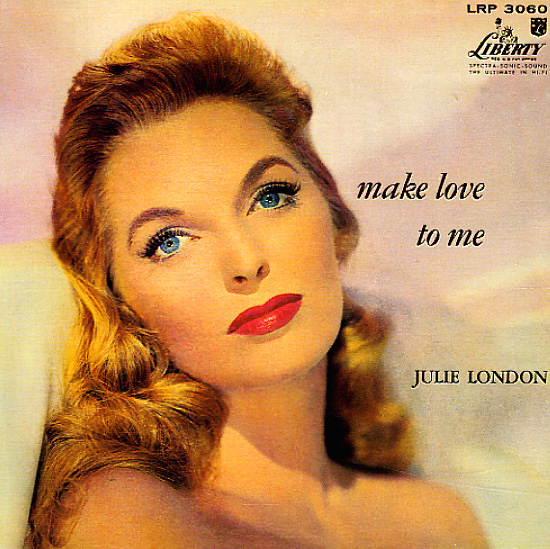 Hard to imagine that Julie London would ever have to ask anyone to make love to her – at least not when she looks as sexy as this on the cover! The album's a key early classic for Liberty – still very fragile, personal, and up-close enough to make you think you might just be able to jump inside the cover and spend the night with Julie! Russ Garcia handles the backings with great care – a bit of gentle strings here, some light jazz there – but always letting London's breathy vocals come up very high in the mix. Titles include "Go Slow", "Lover Man", "Body & Soul", "Snuggled On Your Shoulder", and "Make Love To Me".  © 1996-2022, Dusty Groove, Inc.