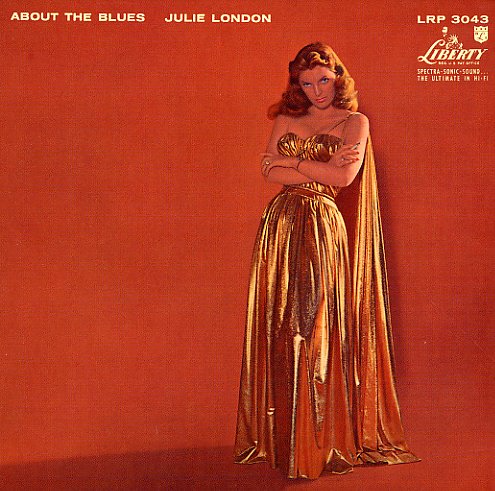 Hip early work from Julie London – with full jazz orchestra backing by Russ Garcia, whose soundscapes are perfect for that dreamy style of singing she was using at the time – a blend of the sublime and sad, floating along with almost effortless ease, but hiding a huge wellspring of emotion! The album's a great illustration of the subtle talents that Julie brought to the vocal scene of the 50s – and it's a nice contrast to some of the smaller group sides done by her at the time. Bobby Troup produced the set – and the album's got versions of his songs "Meaning Of The Blues" and "The Blues Is All I Ever Had", plus the tracks "Get Set For The Blues", "Bye Bye Blues", "Bouquet Of Blues", and "Invitation To The Blues".  © 1996-2022, Dusty Groove, Inc.