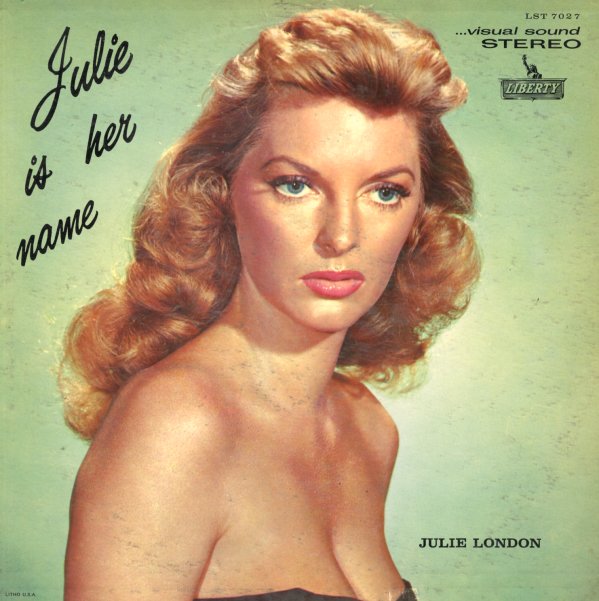 A landmark album in 50s vocal jazz – spare, moody, and evocative tunes from Julie London – sung in a stripped-down setting that few other singers would dare at the time! The sound of the set is as sexy as the cover – intimate, personal, and breathily sung in a mode that comes across with a brashly adult presentation of the material. Backing only features Barney Kessel on guitar and Ray Leatherwood on bass – leaving Julie plenty of room to take over the record with her vocals – a real masterpiece of understatement, given the setting! Titles include her famous version of "Cry Me A River" – virtually THE version of the tune – plus "I Should Care", "Say It Isn't So", "Gone With The Wind", "Laura", and "Can't Help Loving That Man".  © 1996-2022, Dusty Groove, Inc.