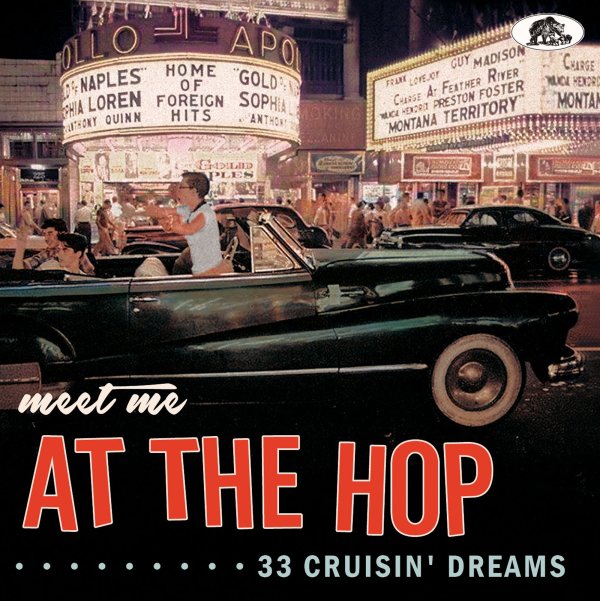 A killer collection of rock and roll dancefloor numbers served up by the folks at Bear Family – tracks that move fast, and which mix together group soul, R&B, and early rockers in a really great way – mostly upbeat, but with some nice mellow moments to help you catch your breath – nicely moving with a lot of variety through the 33 tracks in the set! We never would have put these tracks together in such a way – but that's always the genius of some of these Bear Family sets, as they not only have us discovering all sorts of tracks we never would have heard otherwise, but also falling in love with old favorites in this sort of setting. Titles include "Look At Little Sister" by Hank Ballard & the Midnighters, "Why I Am So Shy" by The Three Pennies, "Bumble Bee" by Lavern Baker, "Stars In The Sky" by The Chanters, "One Bad Stud" by The Honey Bears, "Lovers Never Say Goodbye" by The Flamingos, "A Picture Of You" by The Danleers, "Triangle" by Janie Grant, "Pickin On The Wrong Chicken" by The Five Stars, "Your Last Chance"by Lewis Lymon & The Teenchords, "Remember Then" by The Earls, "My Girl" by Darrell McCall, and "Ding Dong" by Tony Orlando.  © 1996-2022, Dusty Groove, Inc.