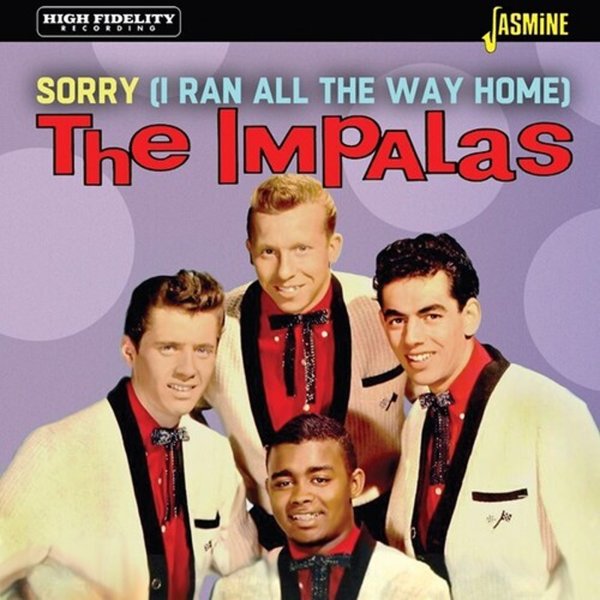 The Impalas had a short history, but cut some great work at the end of the 50s – as you'll hear in this mighty nice set! The core of the CD features the group's record Sorry – the only full album ever cut by The Impalas – a group who scored strong with the big title hit, but are pretty darn wonderful all the way through! The Impalas are one of those lost acts from the glory days of harmony group work – impeccable here, with a vocal quality that's already pretty darn wonderful – made even better by really top-shelf production from the Cub Records branch of MGM – who add all the right larger touches, but never water down the vocals at all! Most tunes are originals, too – which makes the record way more than just a hit single with filler material – and the group shine nicely on "Sorry", "Too Much Too Soon", "Mommy O", "Cupid", "She Belongs To Me", "Fool Fool Fool", "Sandy Went Away", "Chum", and "All But The Memory Of You". CD then also includes seven more tracks issued as singles by Cub and Hamilton – titles that include "First Date", "I Was A Fool", "All Alone", "Peggy Darling", "When My Heart Does The Talking", and "Bye Everybody".  © 1996-2022, Dusty Groove, Inc.