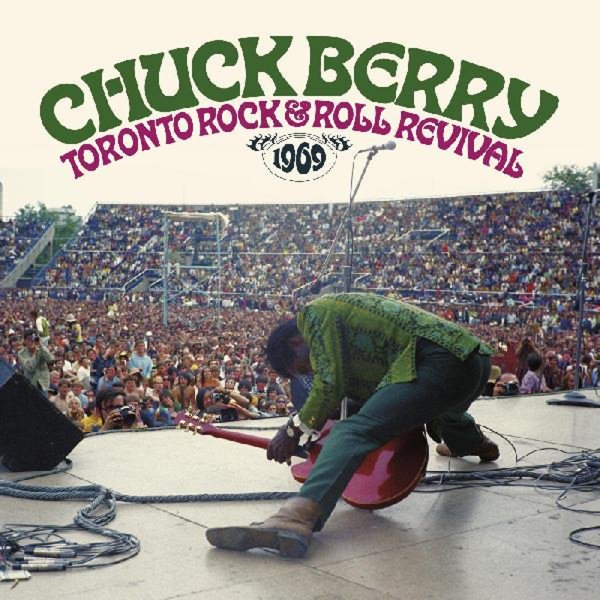 A searing live set from Chuck Berry – one that's way better than the "rock and roll revival" in the title! In 1969, Chuck was still completely on fire – after making some albums for Mercury that were filled with expansive guitar lines and really great sounds – and about to move back to Chess, where he'd experiment with funk too! Here, Berry stretches out in a live setting with all these wicked long guitar solos – of a sort that you'd be hard-pressed to find on earlier records – almost like he's showing the Hendrix generation that he was there first! Sure, most of the tunes are familiar – but the versions here are very different – and titles include "Wee Wee Hours", "Memphis Tennessee", "Maybellene", "I'm Your Hoochie Coochie Man", "Rock & Roll Music", "School Day", "Johnny B Good/Carol/Promised Land", and "Reelin & Rockin".  © 1996-2022, Dusty Groove, Inc.