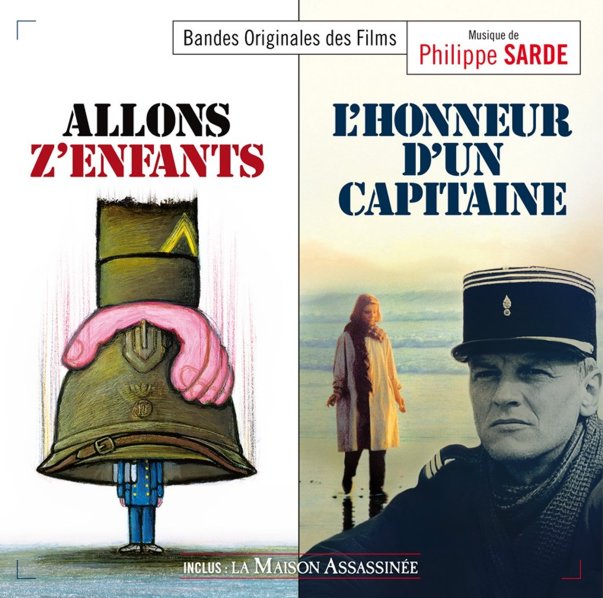 Three different military soundtracks from Philippe Sarde – all brought together here in a single set! La Maison Assassinee is the latest of the three – and has this wonderful quality that resonates strongly with some of Sarde's best orchestral work of the 70s – almost sentimental at times, with this beautiful blend of strings and woodwinds – hardly what you'd guess from the title! Next is his work for Allons Z'Enfants – an orchestral score that has richer, more lush moments – really bringing out the more symphonic elements in Sarde's skills, as he works with orchestrations from Peter Knight, who really knows how to bring in some fuller brass passages, but in a way that's never too clunky or hamfisted, so that they slide right in with the strings. Knight also handled the orchestrations on L'Honneur D'Un Capitaine, but the music has a very different feel – more solitary at times, although still orchestral – with these currents of thoughtfulness, of the sort that made Sarde's work of the 70s so wonderfully striking. CD features 25 tracks in all – and notes in French and English.  © 1996-2022, Dusty Groove, Inc.