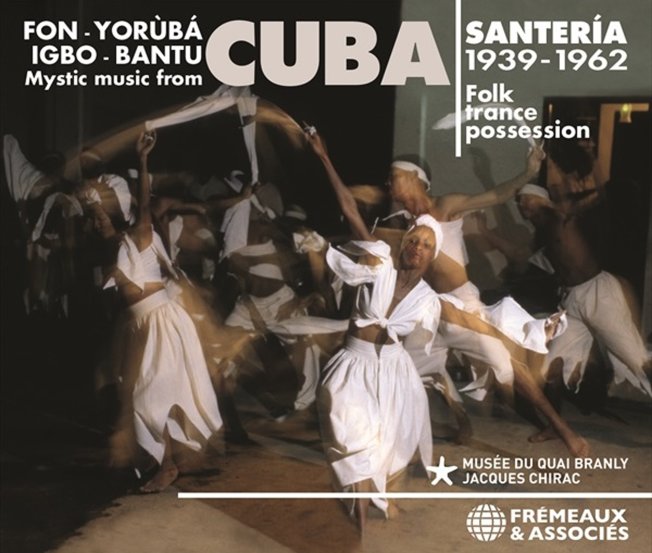 A fantastic collection of music from Cuba – not the jazzy descarga styles that led to salsa, nor the more romantic singers that are maybe some of the nation's best-known artists – but instead a wealth of work that mixes raw percussion and vocals to support the spiritual practice of santeria! The music here represents a shifting spiritual culture that was taking place in the Caribbean during the 20th Century – as African and Spanish ideas were coming into play with each other – forming new modes of understanding, which also led to new musical practices as well! Many of these recordings were done at the same time that larger, more polished orchestras were dominating the Cuban scene – but they represent rootsier, rawer recordings that often just have percussion and vocals as the dominant force – sometimes quite a surprise when you might hear a bigger star as part of the lineup. As with every collection on the Fremeaux label, the package offers up a lot of music for the price, and a very detailed set of notes in both French and English – with a total of 66 tracks in all – including work by Chano Pozo, Miguelito Valdez, Celina Y Reutilio, Mongo Santamaria, Celia Cruz, Sabu, Arsenio Rodriguez, Julio Gutierez, and others – as well as a set of field recordings done on acetate in 1940!  © 1996-2021, Dusty Groove, Inc.