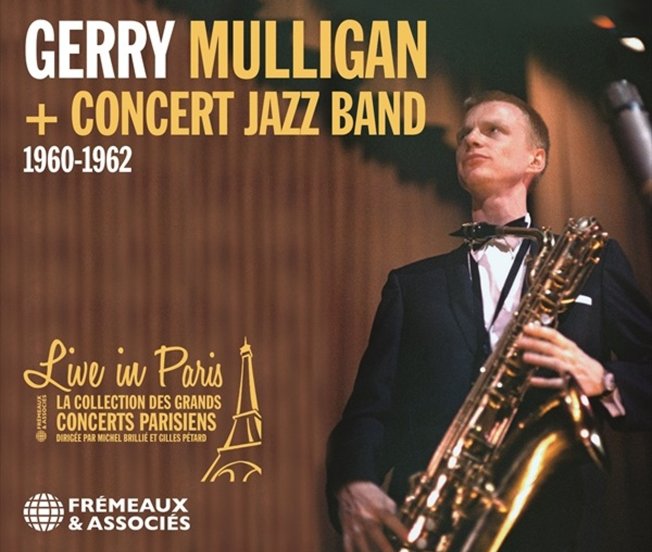 Rare work from a very unique chapter in the career of baritone saxophonist Gerry Mulligan – his larger Concert Jazz Band – an ensemble that really helped flesh out some of the ideas he'd explored previously with smaller combos! The group recorded a few albums for Verve in the early 60s, but this 3CD package presents never-heard performances recorded in Paris during the same time – very fitting, given that the "concert" in the group's name was a reference to their ability to improvise amidst structure – of which you'll hear plenty here, with a lineup that includes Zoot Sims on tenor and Bob Brookmeyer on valve trombone. The tracks are very well-recorded, and many are quite long – with titles that include "Blueport", "Utter Chaos", "Spring Is Sprung", "Five Brothers", "Black Nightgown", "Eighteen Carrots For Rabbit", "Out Of This World", "I'm Gonna Go Fishin", "Apple Core", and "Barbara's Theme".  © 1996-2021, Dusty Groove, Inc.