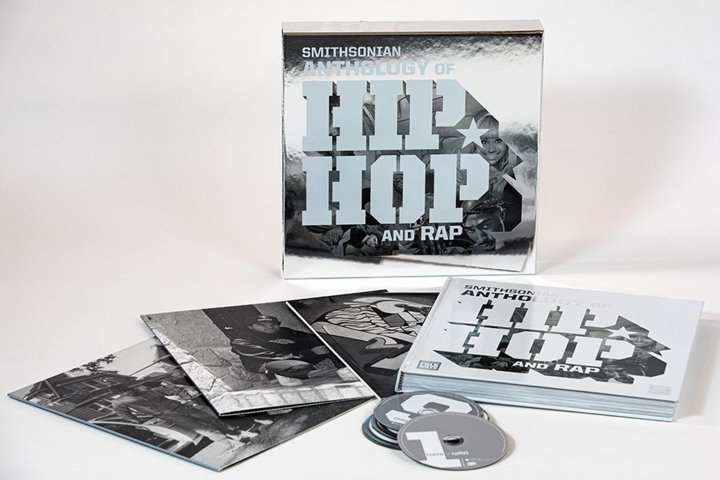 A huge dip into the history of hip hop – in a set that's something of a groundbreaking effort from the folks at the Smithsonian! If we're honest, we'll tell you that we're old enough to remember a time when folks thought that hip hop was just a fad – when it was a musical style that would disappear in just a few short years. But now, all these many decades later, the form has had such an impact on American culture that the Smithsonian Institute is giving it some official sort of due – something we never would have believed back in the 80s! The package is huge – 9CDs with a whopping 129 tracks in all, and a 300 page book that supports the recordings with an insane amount of notes, photos, and all sorts of other information – alongside a track list that was put together by folks who include Questlove, 9th Wonder, Chuck D, Jeff Chang, and MC Lyte! The set is especially great on old school tracks up through the golden era hip hop years – but also moves into the 21st century too – and artists include Treacherous Three, Afrika Bambaataa, Fearless Four, Cold Crush Brothers, Herbie Hancock, Run DMC, Fatback, Sugarhill Gang, Kurtis Blow, Funky Four +1, T La Rock, Schoolly D, Beastie Boys, Kool Moe Dee, LL Cool J, Eric B & Rakim, Mantronix, Stetsasonic, Audio Two, Big Daddy Kane, MC Lyte, Marley Marl, Tone Loc, Jungle Brothers, NWA, Public Enemy, Slick Rick, 3rd Bass, De La Soul, Queen Latifa, DOC, 2 Live Crew, Dr Dre, Sir Mix A Lot, Digable Planets, Positive K, Pete Rock & CL Smooth, Naughty By Nature, Black Sheep, Tribe Called Quest, Geto Boys, Pharcyde, 2Pac, Warren G, Gang Starr, Notorious BIG, and many many more!  © 1996-2021, Dusty Groove, Inc.