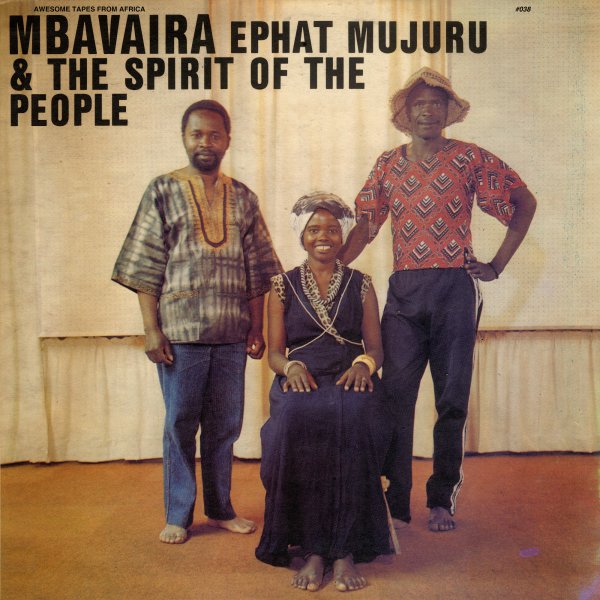 A set from the 80s, but a record with a very timeless feel – as Ephat Mujuru plays mbira here with a group that's heavy on percussion, and which features all these wonderful vocal refrains alongside the lead! The mbira is never buried in fuller instrumentation – and instead, the chromatic keys of the instrument get plenty of space to play out with the kind of warmth that makes the thumb piano such a blend of melody and percussion at once, with a universal sort of appeal that goes way beyond the boundaries of language in the lyrics. Most tracks are nice and long – and titles include "Mudande", "44"," Nyama Musango", and "Kwenda Mbire".  © 1996-2022, Dusty Groove, Inc.

Kadi Yombo
Awesome Tapes From Africa, 1989. New Copy
CD...$12.99 13.99 (LP...$24.99)
A set from the late 80s, but one that's got some nicely classic touches – thanks to strong work on the small-stringed ngombi from Pape Nziengui! Pape sings alongside his instrument, often with a raspy voice that's instantly compelling, even if you can't understand the lyrics – and ... CD