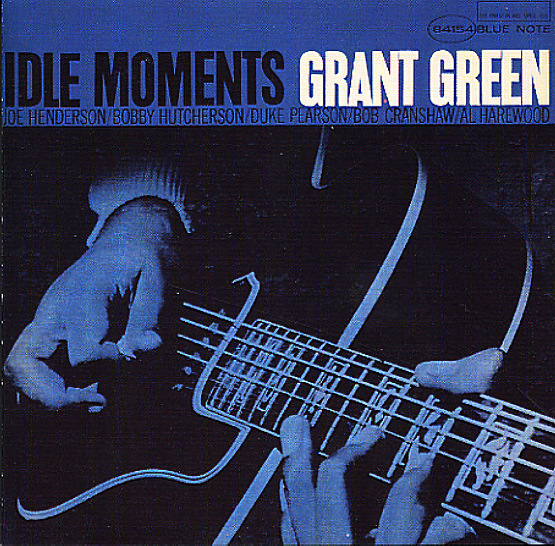 Also available
Grant Green — Idle Moments (with bonus tracks) ... CD 5.99
A warmly melodic session from Blue Note's greatest guitarist! The sound of the set's as evocative as the title – an idle moment of space between the notes, explored by Green's tight single-note work on guitar – and wonderfully supported by a lineup that includes Joe Henderson on tenor, Bobby Hutcherson on vibes, and Duke Pearson on piano – all working in a surprising blend of modern ideas and warmer lyricism. Hutcherson and Pearson are always a treat together – bringing out the best exotic side of each other, and crafting a set of spiritually soulful grooves that are really great! The album's got four long tracks – exploratory and open, in the best manner of Green's mid 60s work – and titles include "Nomad", "Idle Moments", and "Jean De Fleur".  © 1996-2023, Dusty Groove, Inc.