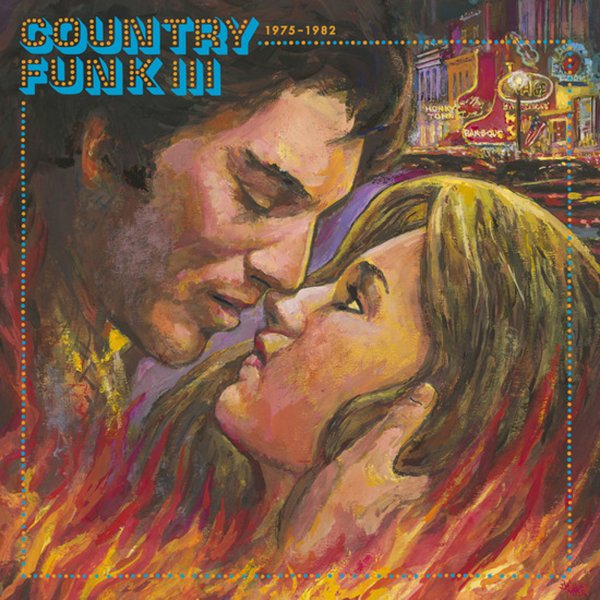 A fantastic entry in this really groovy series – and one that's filled with even more surprises than the first two volumes! It's been quite awhile since Light In The Attic gave us those sets – and the time's been well-used to dig up a much later batch of tracks from the world of country music – tracks from a time when, overall, the country music mainstream was moving both towards the styles of rock and adult contemporary – and there was a bit less of the funk crossover styles that you would have heard a decade before. Yet surprisingly, there's still plenty of those grooves at hand here – and often for artists you might not expect, including some big country chart names who really surprise us with their funk-based entries on the set! Titles include "Get It Up" by Ronnie Milsap, "Rich Man" by Terri Gibbs, "Down To The Station" by Dennis Linde, "Do Me" by Travis Wammack, "I Got The Fever" by Bob Gailbraith, "Oliver Swan" by Billy Swan, "Sure Thing" by Dolly Parton, "One & Only One" by Eddie Rabbit, "Rhythm & Blues" by Jerry Reed, "Night Fires" by Conway Twitty, "Shake The Dust" by Steven Soles, "I Betcha Heaven's On A Dirt Road" by Larry Jon Wilson, "Hale To The Man" by Brian Hyland, "Gonna Let You Have It" by Gary & Sandy, "Shot From The Saddle" by Delbert McClinton, and "Alone At Last" by Tony Joe White.  © 1996-2022, Dusty Groove, Inc.