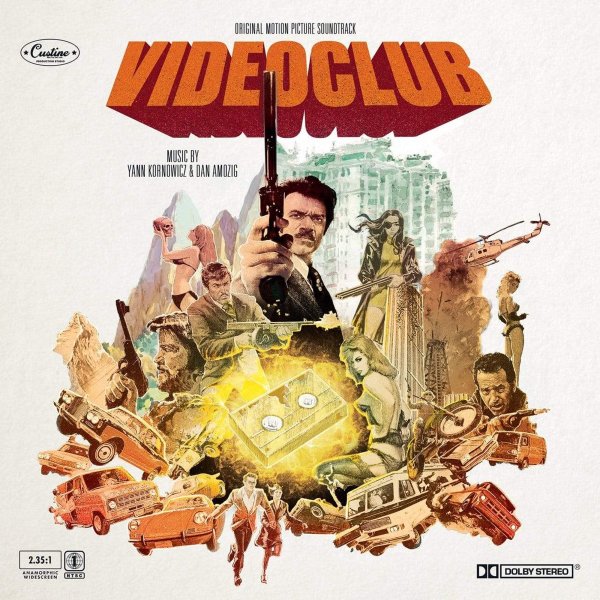 A record that wears its influence strongly on the cover – a set that's a nod back to the great film themes of years past – and very particularly, the moment in which the only way to access classic 70s action films was through the world of VHS tape rental! That mixing of eras is maybe a great way to sum up the sound here – as there's definitely a blacksploitation aesthetic filtered through a generation of cheaper quality – but in a way that's lean and clean, and which avoids some of the too-exact modes of representation of other projects of this nature. Tunes are nice and short – the album's got 17 numbers in all – and titles include "Car Chase In Montmartre", "Ursulla Undressed", "The Snitch", "Hellevator", "Monte Carlo Drive", "The Curse Of The Golden VHS", "Psylocibe Atlantis", and "Back In Town".  © 1996-2022, Dusty Groove, Inc.