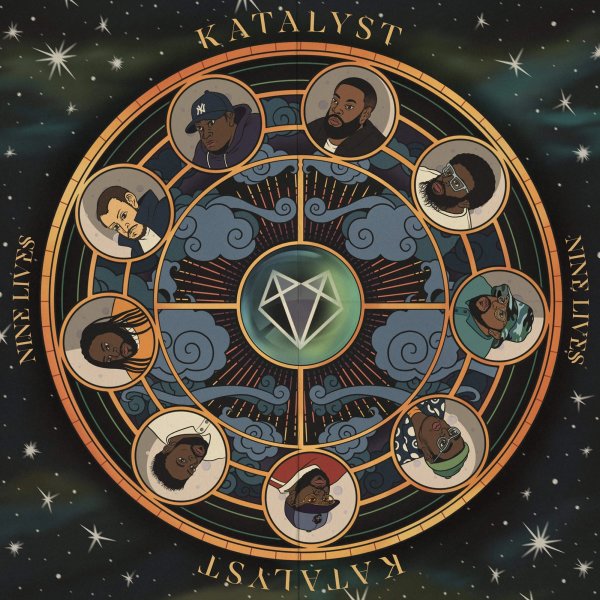 Also available
Katalyst — Nine Lives ... CD 9.99
Warm jazzy goodness from Katalyst – a west coast group comprised of musicians who normally back bigger names in soul, jazz, and hip hop – but who here work in a vibe that's all their own, on a set of tunes that are improvised freely, yet still have a groove! The music is often spacey and electric – mellow jams that take a minute to find their rhythm, then layer in all sorts of great solo activity on keyboards, trumpet, trombone, and tenor – shifting nicely from track to track, and making for the kind of laidback, yet collaborative sound that really fits the creation of the album! Titles include "FreeHand", "BBB", "Liemert Night", "Fresh Earth", "Fresh Wind", and "Fitted".  © 1996-2022, Dusty Groove, Inc.