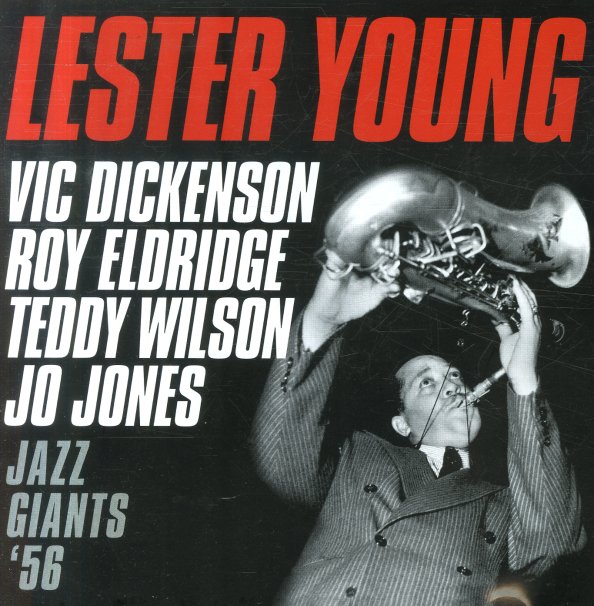 A set with the date of 1956 very firmly planted in the title – but one that's also gone onto become a timeless ensemble session from Verve Records! The feel here is almost in jam session mode, but perhaps a bit tighter – a group of all-star players from the mid-50s, with Lester Young on tenor, Roy Eldridge on trumpet, Vic Dickenson on trombone, Teddy Wilson on piano, and Freddie Green on guitar – a nice mix of generations and styles that really helps open up the sound of the record. Tracks are nice and long, taken in that open, solo-conscious Verve mode – and tunes include "I Guess I'll Have To Change My Plan", "This Year's Kisses", "You Can Depend On Me", and "I Didn't Know What Time It Was". CD also features bonus track "Funky Blues No. 2".  © 1996-2022, Dusty Groove, Inc.
(Out of print, 24 bit remaster.)