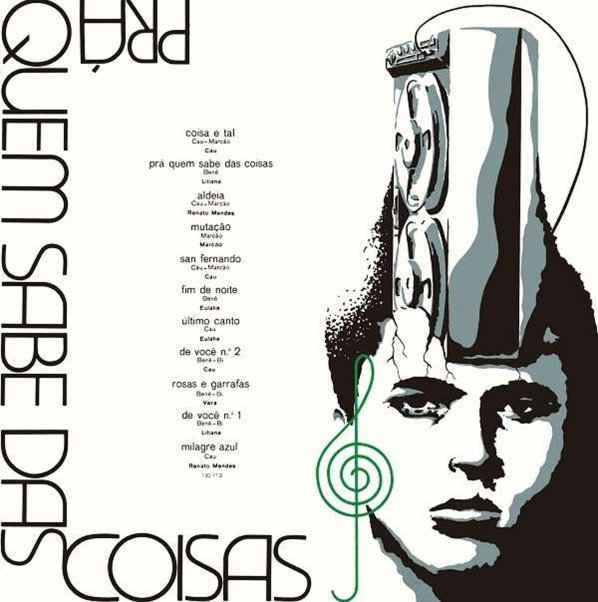 A rare collection of Brazilian music from the early 70s – and a set that maybe feels more like some of the modernist bossa classics on the Elenco label from the 60s, right down to the black and white image on the cover! There's a fair bit of bossa nova elements in the instrumentation – both in the rhythms, and in the way instruments like organ or guitar are used – and that style also continues in the way that the vocals are recorded too, with maybe this slight sense of an edge that almost feels like some of the genius late 60s records on the Forma label! We don't know much about the status of the record at all – but the music here is more than enough, and is completely beautiful throughout – with titles that include "Pra Quem Sabe Das Coisas" and "De Voce No 1" by Liliana, "Milagre Azul" and "Aldeia" by Renato Mendes, "Mutacao" by Marcao, "Fim De Noite" by Eulalia, "Rosas E Garrafas" by Vera, and "Ultimo Canto", "De Voce No 2, "Coisa E Tal", and "San Fernando" by Cau Pimental – who may well be the creative director of the album.  © 1996-2021, Dusty Groove, Inc.