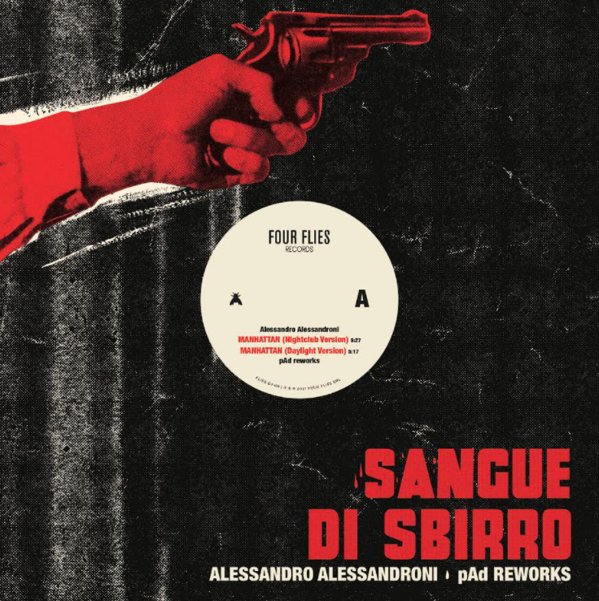 Great remixes of two funky tracks from a 70s soundtrack by Alessandro Alessandroni – both of which retain all their original warmth and charm! First up is "Manhattan", done in both a "nightclub" and "daylight" version – the first of which has a really deep bassline peppered with all this cool riffing guitar – the latter with maybe a starker vibe that shows the reality of the tune in the light of the day! Next is "Philadelphia" – again in night and day versions – a slinky, funky blend of piano and keyboards on the am take – and a bit clubbier and with some jazzy flute on the pm version!  © 1996-2021, Dusty Groove, Inc.

Col Fiato In Gola (orig, KUSH edit, LUCA quirky version)
Sonor (Italy), 1978. New Copy (pic cover)
12-inch...$28.99
Filippo Trecca never recorded much soundtrack music in the 70s – but he did give the world the fantastic track "Col Fiato In Gola" – a break-heavy number that went on to great sample fame in the Dusty Fingers generation! The tune has this cool blend of breaking drums and dark- ... 12-inch, Vinyl record