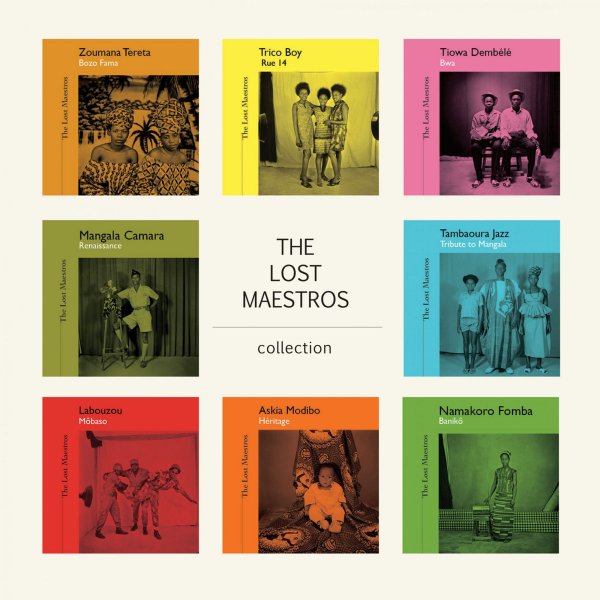 A deep dig into the rich world of music from Mali – not the sounds of the mainstream that have gotten big global exposure in recent decades, but instead the more interesting, unusual artists who are still very close to the roots of their scene! Instrumentation here often leads with percussion, then brings in some guitar – and vocals almost always have this wonderfully cascading flow – a sense of inflection that goes beyond the boundaries of language, and has a power to convey feeling at a universal level. The set is beautifully presented – and titles include "Mani Kuru" and "Tchierombaye" by Trio Boy, "Duni" and "Falla" by Zoumana Tereta, "Kabu" and "Salia" by Tambaoura Jazz, "Fantanden" and "Djelale" by Mangala Camara, "So Happy In You" by Labouzou, "Ho Imimouwo" by Tiowa Dembele, "Balanzan 4444" by Labouzou, and "Segou To Yanfolila" by Namakoro Fomba.  © 1996-2021, Dusty Groove, Inc.