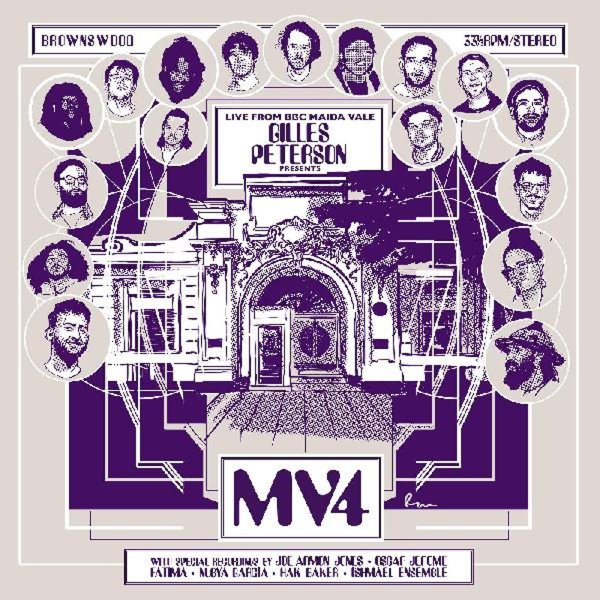 A fantastic moment of music from a single day in the studio – a real outpouring of creative activity from the contemporary London scene! MV4 stands for studio four at Maida Vale – a legendary London recording spot, host on this day to some of the hippest talents in the city, brought together under the guidance of Gilles Peterson, who wanted to record some of his favorites for a broadcast on the BBC – a great blend of soul and jazz that really reflects the creative energy of the city! As with so much other work from London of late – especially releases on the Brownswood label – there's a very collaborative spirit going on, and almost all the tracks feature keyboard work from the great Joe Armon-Jones, whose warm tones really add a lot of soul and spirit to the sessions – alongside vocals from Oscar Jerome, Fatima, and Hak Baker – and saxophone from Nubia Garcia. The Ishmael Ensemble get one track of their own – "The Chapel/Tunnels" – and other tunes include "Hold", "Only", "Starting Today", "Do You Really", "Almost Went Too Far", and "Thirsty Thursday".  © 1996-2022, Dusty Groove, Inc.
(Indie exclusive!)

Craig Charles Trunk Of Funk Vol 1
Soul Bank, 2021. New Copy 2LP Gatefold
LP...$14.99 29.99
A smoking set of funk and soul put together by Craig Charles – once an actor, now a long-running DJ on the BBC – where his ear for a tune has made him almost as important as John Peel and Gilles Peterson! Craig's got a wide-ranging appreciation for all things funky – which comes ... LP, Vinyl record album