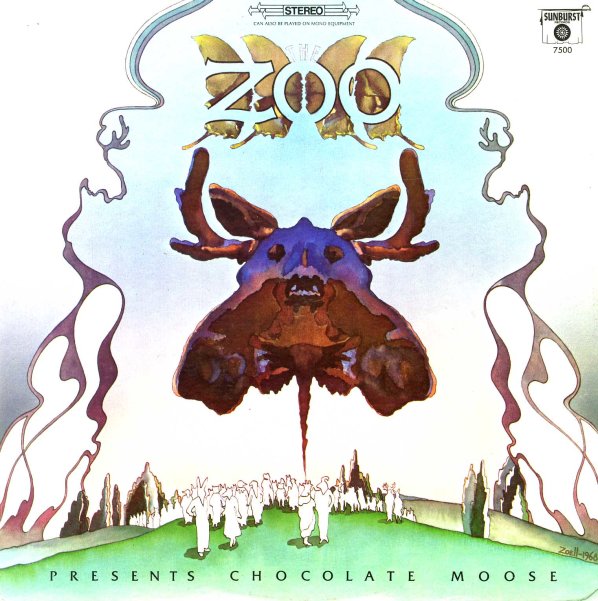 A pretty freaky little late 60s set – one that offers up a recipe for chocolate moose on the back cover, with contents that include spiders and butterfly wings – and music that certainly lives up to the wild vibe you might expect from such cooking in the kitchen! Zoo are one of those groups that are equal part psych and harder rock inspirations – bluesy guitar elements sometimes in the mix, but never in a way that's slavish blues rock at all – just well-informed in enough electric guitar roots to really push the envelope – thanks to great lead work from Howard Leese, a player who later rose to fame in Heart! Ira Welsley handles the vocals, and makes a special sort of offbeat magic – on titles that include "Have You Been Sleepin", "Love Machine", "From A Camel's Hump", "Soul Drippins", "Get Some Beads", and "Written On The Wind".  © 1996-2022, Dusty Groove, Inc.
(RSD Essentials pressing. Quantities pressed on demand and strictly limited!)

Federal Duck (180 gram orange vinyl pressing)
Musicor/Reel, 1968. New Copy (reissue)
LP...$21.99
A wonderful little record that's as strange as you might guess from its name and its cover – the only album we've ever seen from this obscure group who recorded for the Musicor label in the late 60s – an imprint that usually went for more pop-oriented material, and wouldn't usually do ... LP, Vinyl record album