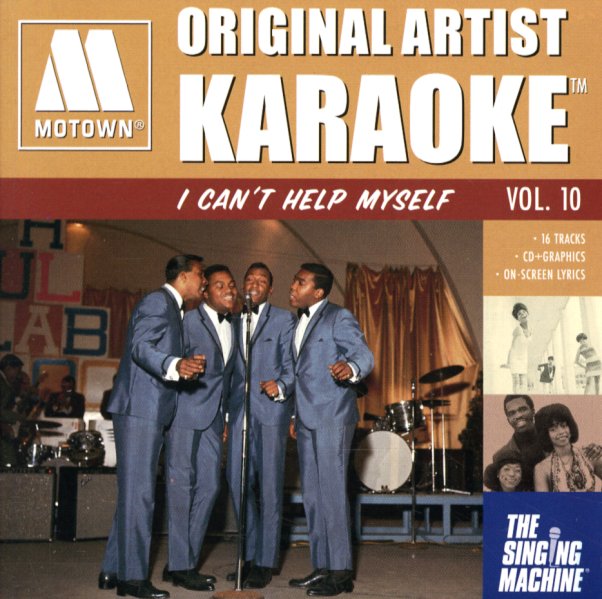 Features music by Martha & The Vandellas, the Four Tops, Undisputed Truth, the Jackson 5, the Temptations, Smokey Robinson & The Miracles , Diana Ross, and the Supremes. Each track has two versions – one with original lead vocals, and one with background tracks only so you can sing along!  © 1996-2021, Dusty Groove, Inc.
(Out of print. Barcode has a cutout hole.)