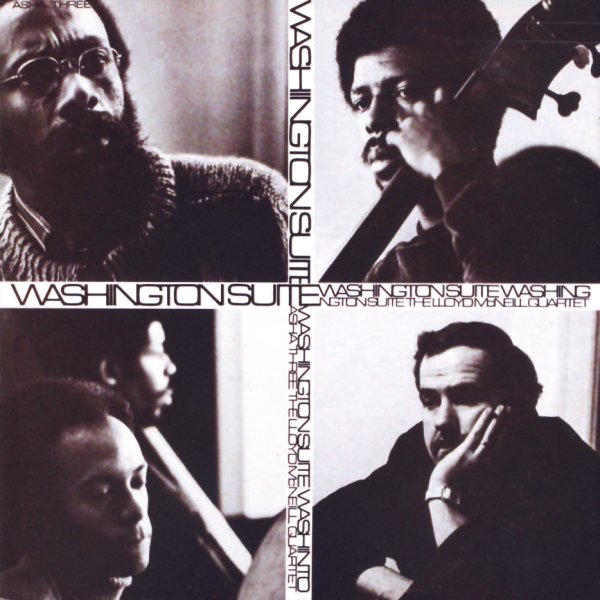 One of the most beautiful albums ever recorded by DC flutist Lloyd McNeil – and one of the grooviest, too! Lloyd's work is always amazing – stretched-out, spiritual, and filled with life – but this time around, there's a definite groove to the record that's undeniable – an increased sense of rhythm, yet one that's still extremely creative, especially in the mellower moments – which are among some of the most compelling that McNeil ever recorded. The tunes were originally scored for a dance group, and feature a core combo with Lloyd on flute, some great Fender Rhodes from Eugene Rush, and sublime bass and drum patterns – mixed with some haunting added woodwinds, played by a combo that also features the legendary Andrew White. The whole record has a beautifully rhythmic quality, filled with throbbing, modal, soulful grooves – and tracks include "Home Rule", "City Triptych", "2504 Cliffborne Pl", "Just 71% Moor", and "Fountain In The Circle".  © 1996-2021, Dusty Groove, Inc.
(Limited edition of 1000 – on "oxblood" red vinyl and with download!)

Tori
Baobab/Soul Jazz (UK), 1978. New Copy (reissue)
LP...$34.99 39.99
A beautiful album of spiritual jazz flute tracks – one of the few self-released classics by the legendary Lloyd McNeill, a player who's never really gotten his due! The album's got a warm soulful sparkle that brings together Latin and Brazilian touches with McNeill's own lyrical style – ... LP, Vinyl record album