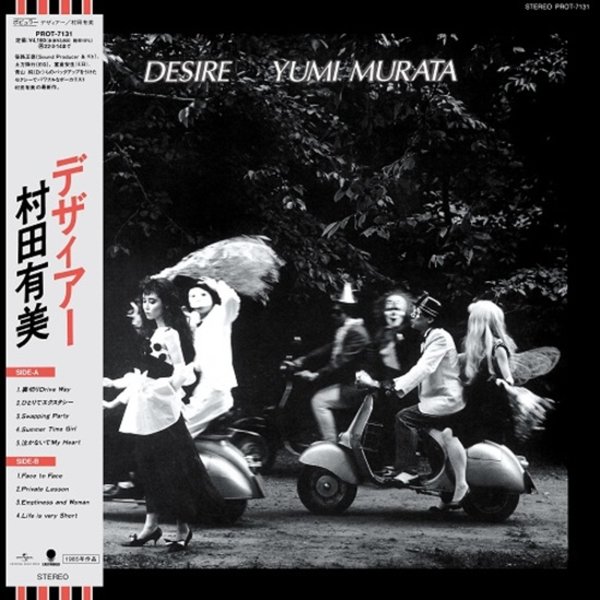 Yumi Murata has a subtle sense of drama in her vocals here – a nice range that can get pushed strongly with the 80s electronics used on the record – a provocative blend of beats and keyboards that does plenty to provide a universal sense of embellishment on the songs, one that goes way past the boundaries of the Japanese language of the lyrics! Yumi's got a fantastic voice – one that's instantly evocative, and which soars and dips in ways that are very much her own – maybe inspired slightly by some of the better British singers of the generation, but taken into very different territory. Titles include "Summer Time Girl", "Swapping Party", "Face To Face", "Private Lesson", "Life Is Very Short", and "Emptiness & Woman".  © 1996-2021, Dusty Groove, Inc.
(Well-done reissue – with obi and insert!)