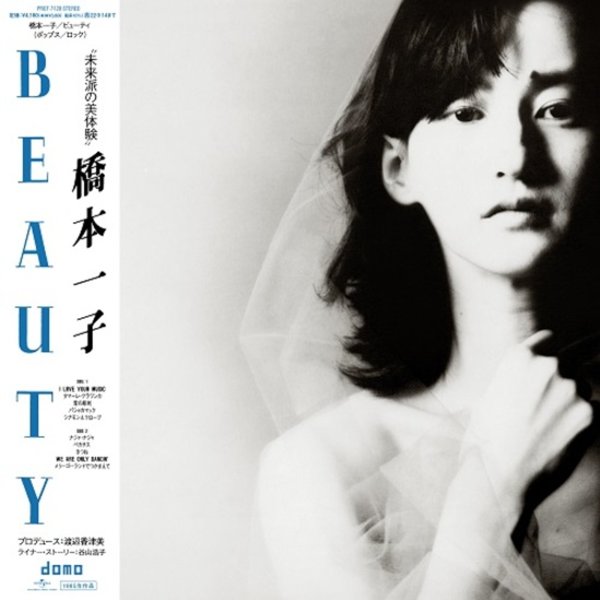 A really cool record from 80s Japan – a set that's got a nicely different vibe than you might guess from the cover, and from some of your expectations of more mainstream city pop records of the period – as the overall sound is clearly channeling some of the darker modes that came into the UK scene after the underground post-punk years! Ichiko Hashimoto's got a nice sense of range in her voice – one that's used well on the album's moodier, synth-laden backings – which often have some of the fuller ranges you might year from a synclavier, even though we can't guarantee that instrument's on the set. Hashimoto has a way of bubbling up with lighter moments that push the higher side of her vocal range – a bit like Kate Bush, but without the drama – and titles include "Kitsune", "Naja Naja", "We Are Only Dancin", "I Love Your Music", "Tamare", "Sculptured Blue", and a nice bossa remake of "Cinnamon & Clove".  © 1996-2021, Dusty Groove, Inc.