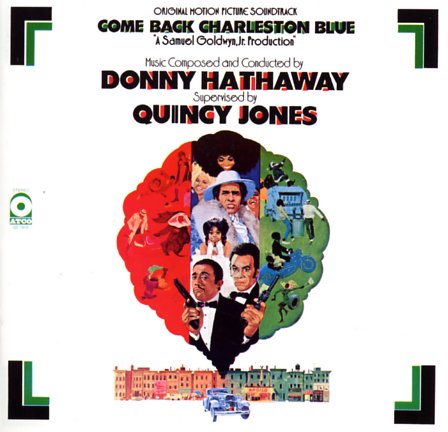 An unusual album in the Atlantic career of Donny Hathaway – and a unique collaboration with the legendary Quincy Jones! The music here is Hathaway's sole entry into the blacksploitation soundtrack genre of the 70s – penned for film version of a Chester Himes novel, and scored in a mix of funky 70s modes and other more standard jazz styles. Quincy's on board as the "musical supervisor" – and clearly helps Donny focus his energies towards the hipper side of the soundtrack spectrum, especially on the more contemporary styled tracks. And although most of the work here is instrumental, Hathaway also sings a bit too – most famously on the classic "Little Ghetto Boy" – which is easily one of Donny's greatest tracks ever! Other titles include "Come Back Charleston Blue", with vocals by Margie Joseph, plus "Bossa Nova", "Tim's High", "Hearse To Graveyard", "Harlem Dawn", "String Segue", "Furniture Truck", and "Liberation".  © 1996-2020, Dusty Groove, Inc.
(Original pressing! Cover has a cut corner, marker on the back, light surface wear, and some splitting on the top seam.)