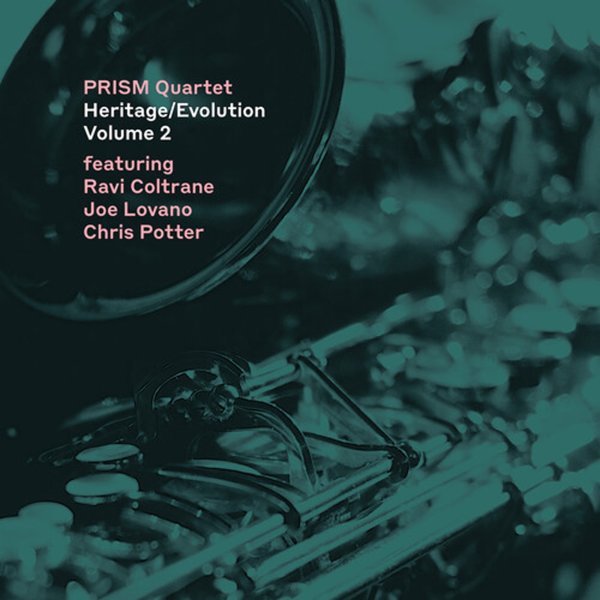 Some great guests work here with the Prism Quartet – in a style that mixes together compositional structures with jazz-based improvisation – at a level that features plenty of key contributions from the guests! The core quartet features Zachary Shemon, Timothy McAllister, Timur Sullivan, and Matthew Levy on a variety of saxes – but coming together in a style that's quite different than the sax quartet modes of a few decades back – as there's often no need to have the horns take over rhythmic functions or sit in for other instruments. Instead, there's plenty of sublime woodwind interplay here – on long selections that include the tenor of Joe Lovano on "Forbidding Drive", the tenors of Chris Potter and Ravi Coltrane on "Improvisations", Potter on bass clarinet and Coltrane on sopranino on "Tones For M", and Lovano on a variety of saxes on "Super Sonix".  © 1996-2021, Dusty Groove, Inc.