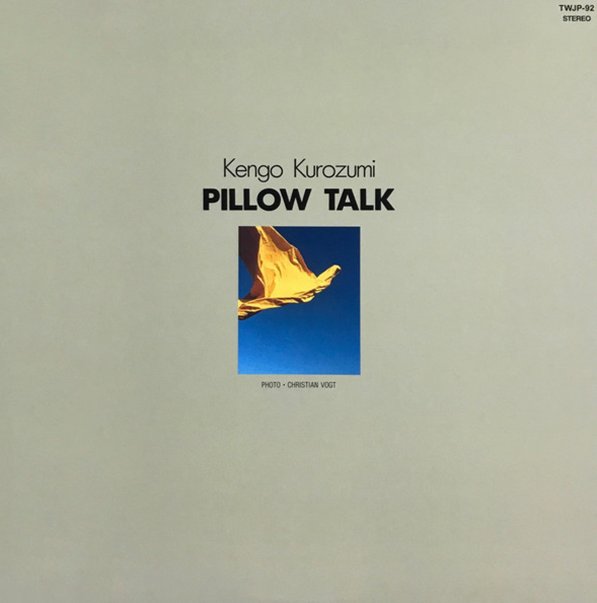 A strong late 80s set from Japanese singer Kengo Kurozomi – working here in an American studio, with help from a nice array of American fusion players – who really seem to deepen the groove and give Kengo a more soulful vibe than some of his earlier records! The jazzy aspects of the music are great – served up by a shifting lineup that includes Eric Marienthal on tenor, Brandon Fields on alto, Abraham Laboriel and Nathan East on guitars and bass, and David Garfield on keyboards and piano. Lyrics are mostly in Japanese, but Kengo hits a few English chorus lines from time to time – and titles include "In The September Rain", "Angel", "Pillow Talk", "Here Beside You", "You & Me", "A Way", and "Morning Glow".  © 1996-2021, Dusty Groove, Inc.
(Japanese Laser Vinyl Master pressing – with obi!)