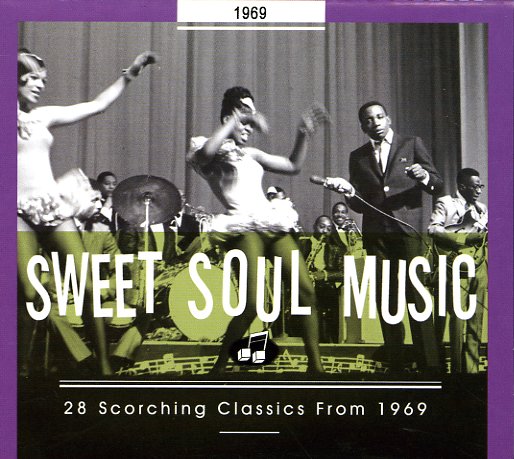 A massive batch of music – and almost as worth it for the overall package as it is for the great tunes inside! Like other volumes in this series, this set is beautifully put together – not only stuffed with an amazing array of classic soul from a key year in the 60s – but also done with a full color booklet that's over 60 pages long – filled with track-by-track notes on the tunes, and filled with great photos, images, and historical data! The whole thing's a perfect soul music time capsule – with the depth of production that we've always loved in Bear Family releases for other genres. Titles include "Color Him Father" by The Winstons, "Snatching It Back" by Clarence Carter, "Choice Of Colors" by The Impressions, "Reconsider Me" by Johnny Adams, "Backfield In Motion" by Mel & Tim, "Baby I'm For Real" by The Originals, "In A Moment" by The Intrigues, "Nobody But You Babe" by Clarence Reid, "Cissy Strut" by The Meters, "The Chokin Kind" by Joe Simon, "TCB or TYA" by Bobby Patterson, and "There'll Come A Time" by Betty Everett.  © 1996-2021, Dusty Groove, Inc.