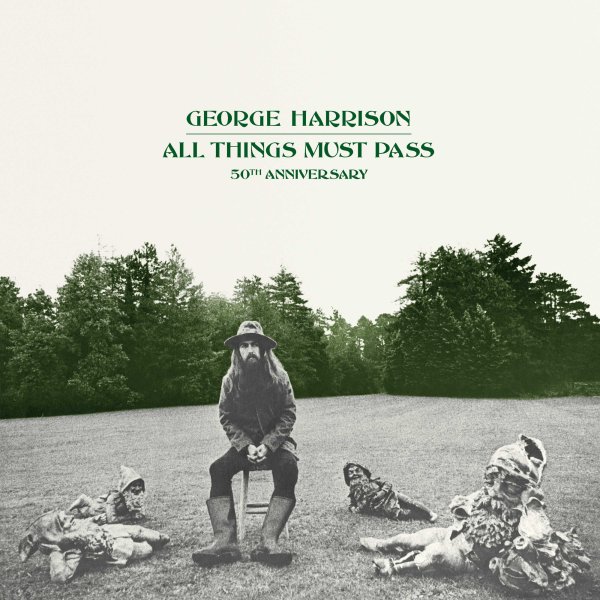 All Things Must Pass (3CD set – with bonus tracks)

Maybe one of the greatest things that George Harrison did after the breakup of The Beatles – not his first solo album, but yet his first non-experimental venture – and a triple-length set that's filled with magic throughout! This isn't one of those "shoulda been a single record" sets – as Harrison has this amazing ability to craft new tunes with new styles in a way that really sets the record apart from his later work with The Beatles – maybe a summation of all those wonderful little moments that George was starting to add to their records, but fully blossomed here into a field's worth of fantastic musical flowers. Titles include "My Sweet Lord", "Wah Wah", "I'd Have You Anytime", "What Is Life", "Run Of The Mill", "Isn't It A Pity", "Plus Me In", "Thanks For The Pepperoni", "Ballad Of Sir Frankie Crisp", "Beware Of Darkness", "Out Of The Blue", and "Hear Me Lord". 3CD edition features a full bonus CD of outtakes and jams from the sessions recorded during the summer of 1970!  © 1996-2021, Dusty Groove, Inc.
(50th Anniversary Edition!)