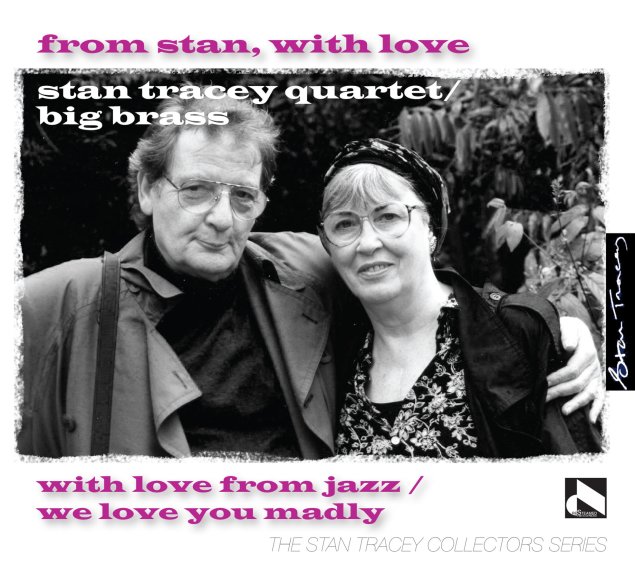 Two fantastic albums from the great British pianist Stan Tracey – both the kind of material that has made him one of our favorite players of that scene in the 60s! First up is With Love From Jazz – a beautifully bold statement from the Stan Tracey Quartet – one of the group's key recordings of the 60s, and a wonderful document of the talents of tenorist Bobby Wellins! During the 60s, Tracey and Wellins worked together like the team of Monk and Charlie Rouse – crafting a groove that was as soulful as it was angular – filled with feeling and life, and at once willing to explore the outer reaches of jazz, yet never going too far as to lose its humanity. Yet Wellins and Tracey were no simple Monkish pair – as heard on this set from 1967, a suite of tracks composed by Stan, and featuring him on celeste and vibes as well as his usual piano. The rhythms are increasingly complex as the set moves on – taking the angularities of Tracey's 50s work, and inflecting them with a sense of exploratory energy that really moves the style into a whole new level – one that's wonderfully dynamic, and filled with a freshness that still resonates strongly today. Titles include "Three Times Loser Three Times Bluser", "Undercover Lover", "Amoroso Only Moreso", "Two Part Intention", "Sweet Used To Be", and "Love Now Weep Later" – all of which sound much better than their hokey titles! We Love You Madly is Stan Tracey's tribute to the music of Duke Ellington – but a set that's done in a very different way than you might expect – as the music is filled with contributions from all these fantastic British modern soloists, who take things in directions that you really might not expect – as do some of the rhythms, which reflect more of Tracey's territory at times, and really keep things interesting! The set features key soloists on each track – in a lineup that includes Ian Carr on flugelhorn, Joe Harriott on alto, Tony Coe and Don Rendell on tenor, and Tracey himself on piano. Titles include the great original "We Love You Madly" – plus "Lay By", "Blues With A Feeling", "Creole Love Call", "Passion Flower", and "I'm Beginning To See The Light".  © 1996-2021, Dusty Groove, Inc.