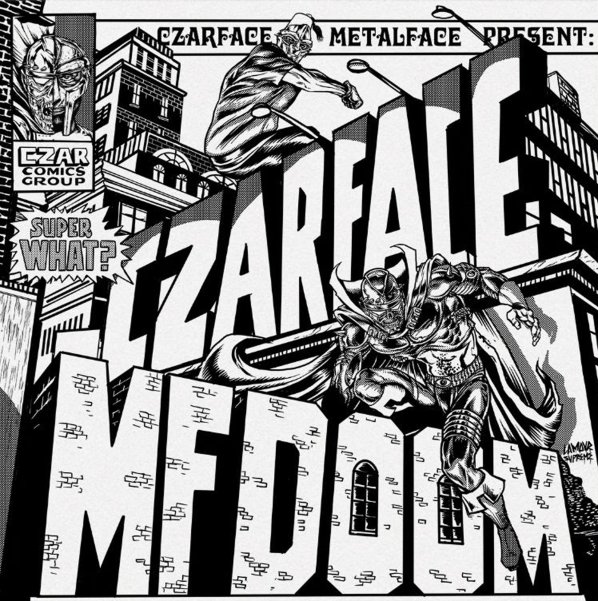 MF Doom left our planet all too soon, and he left behind a great legacy of music, too – including a previous collaboration with the Czarface collective, nicely matched by this posthumous set! The balance here is great, and the set brings the metal man of mystery into great play with his collaborators and guests who include DMC, Kendra Morris, and Del The Funky Homosapien – all coming together on an album that's every bit as fun as the first time around, and maybe even more essential, given that we're not going to hear that much more from the unissued archives of MF Doom. Titles include "This Is Canon Now", "So Strange", "Young World", "Mando Calrissian", "Doom Unto Others", "The King & Eye", and "Czarwyn's Theory Of People Getting Loose".  © 1996-2021, Dusty Groove, Inc.
(RSD Essentials pressing. Quantities pressed on demand and strictly limited!)