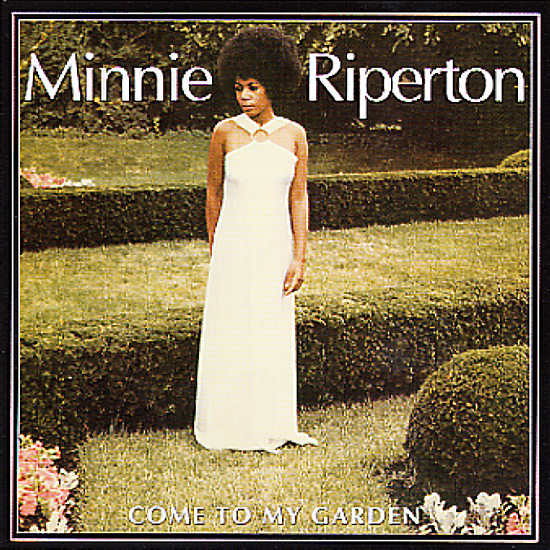 Also available
Minnie Riperton — Come To My Garden (2nd pressing) ... LP 39.99
Mindblowing work from Minnie Riperton – her first solo album, cut at the end of the 60s, after a number of years of work with the group Rotary Connection. The album builds off the now famous sound of Rotary Connection – but takes it to the next level, with arch-baroque production by the great Charles Stepney – who couches Minnie's fantastic vocals in a suite of shimmering soulful tracks that mix strings, horns, jazzy piano, and slight touches of bouncing rhythms. The overall sound is impossible to describe – sort of a cross between Burt Bacharach on A&M, Scott Walker's 3rd album, and the sound of Marvin Gaye's What's Goin' On. The album's pure genius all the way through – one of the highlights of the Chicago scene of the 60s – and proof that Riperton, Stepney, and crew were shooting for the outer limits of soul music! Titles include "Les Fleur", "Only When I'm Dreaming", "Rainy Day In Centerville", "Memory Band", "Expecting", "Whenever Wherever", and "Oh, By The Way".  © 1996-2023, Dusty Groove, Inc.
(RSD Essentials pressing. Quantities pressed on demand and strictly limited!)

There's No Place Like America Today (turquoise vinyl pressing)
Curtom/Rhino, 1975. New Copy (reissue)
LP...$22.99 23.99
A great album by Curtis Mayfield – filled with some excellent lesser-known gems! There's No Place Like America was Curtis' scathing testament to the State Of The Union – and it's got a hip political tone that's right up there with the best of his early 70s songwriting – perhaps ... LP, Vinyl record album