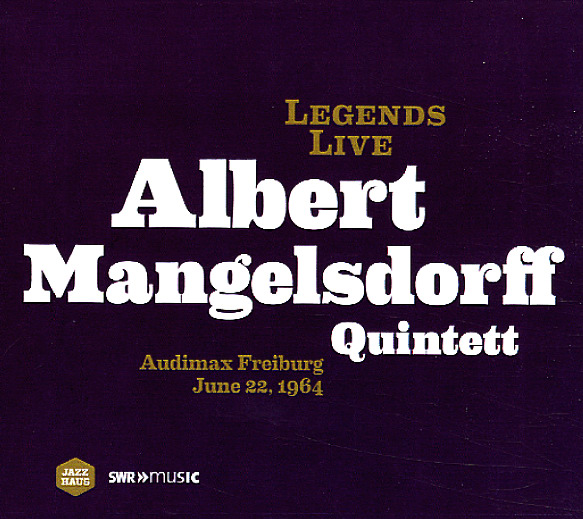 Brilliant sounds from trombonist Albert Mangelsdorff – a rare live set that captures the modern jazz giant at the height of his powers! The set was recorded around the same time as Albert's famous Now Jazz Rammwong record – and it's got a very similar feel, with lots of elements from Eastern and Indian music styles – touches of the exotic intertwined with modal rhythms, soulful solos, and some occasional freer jazz moments! The blend of sounds is completely captivating, and the recording quality is excellent – sharp enough to make the whole thing feel like some lost Saba/MPS gem from these incredibly creative years in German jazz. In addition to Mangelsdorff's trombone, the set also features tenor and soprano sax from Heinz Sauer, alto from Gunter Kronberg, bass from Gunter Lenz, and drums from Ralf Hubner – on titles that include "Sakura Waltz", "Raknahs", "Now Jazz Ramwong", "Oakaka", "Theme From Pather Panchali", "Burungkaka", and "Far Out Far East".  © 1996-2022, Dusty Groove, Inc.
(2015 pressing – still sealed!)