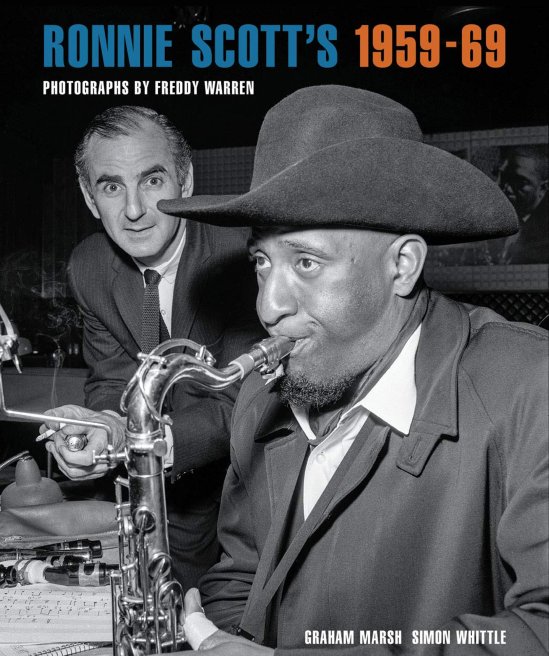 A decade's worth of images from one of the hippest jazz clubs on the planet – London's Ronnie Scott's, which was home to some of the best performances in the city in the 60s! Photographer Freddy Warren was there through much of the decade – almost a fly on the wall for his access to the club and its performers – sometimes captured here onstage, sometimes in more unusual candid moments – mostly in black and white, but with a few color images too! The book has a good bit of text from Brit jazz historian Graham Marsh, and features dozens of wonderful shots – images of Sonny Rollins, Max Roach, Tubby Hayes, Duke Ellington, Yusef Lateef, Ella Fitzgerald, Jeanne Lee, Cannonball Adderley, and many others – even Ronnie himself! The book is heavy, hardcover, and oversize – 143 pages in all.  © 1996-2022, Dusty Groove, Inc.

Black Ivy – A Revolt In Style (hardcover)
Reel Art, 2021. New Copy
Book...$39.99 49.95
A great look at a really unique moment in fashion – a time when the mainstream trappings of ivy league styles were taken up by African-American cultural figures – a moment of cooption that led was key to a rising sense of pride and power in the postwar years! You'll instantly recognize ... Book