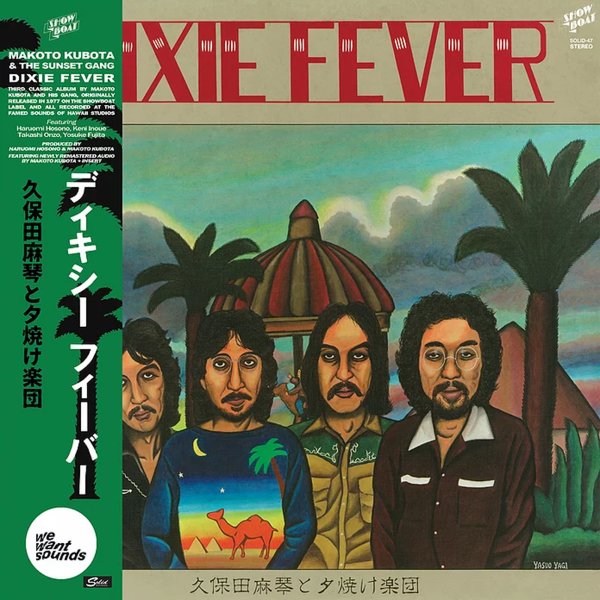 Imagine an album of New Orleans roots, recorded in Hawaii by a Japanese group in the 70s – and that will give you a pretty clear picture of the unique vibe of this third album by Makoto Kubota and his Sunset Gang! The record is a nice refinement of the sound that the group was going for on previous records – maybe a bit more umph in the presentation, and certainly more confidence in the lyrics – mostly acoustic instrumentation, used in ways that also recall some of the evolving roots sound on the California scene during the 70s. Titles include "Rakuda Blues", "Captain Banana", "When I Was A Cowboy", "Hoshikuzu", "Heart No Melody", "Wild About My Lovin", and "Chinatown Blues".  © 1996-2022, Dusty Groove, Inc.