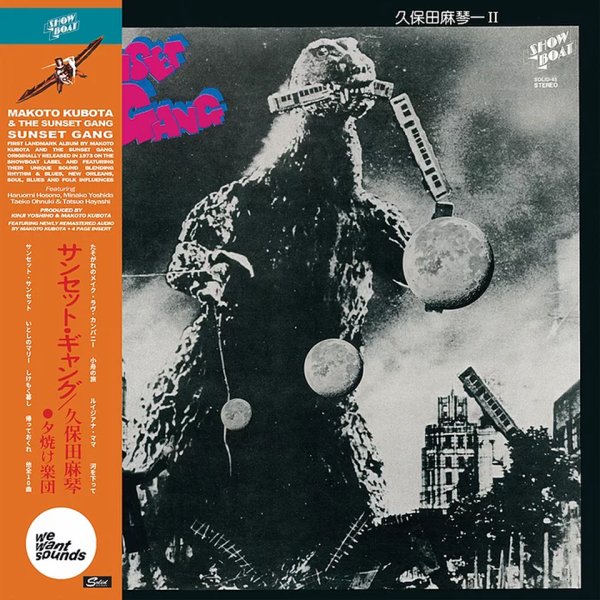 An unusual little set recorded right around the same time as the classic Machibouke album from Makoto Kubota – but one that's done with a very different vibe, thanks to help from a Sunset Gang that includes Haruomi Hosono, Minako Yoshida and Taeko Ohnuki! The style is this unique blend of American roots and some slight Hawaiian touches – maybe older R&B influences that seem to have taken decades to find their way over to the Japanese scene, maybe with a stop in sunny Cali along the way – so that they're delivered with some of the acoustic elements that were brewing up in the Bay Area scene around the same time. The vibe of the record is impossible to sum up in words, but the sound is completely charming throughout – on titles that include "Louisiana Mama", "Kaette Okure", "Bang Bang Bang Yuyake Blues", "Sunset Sunset", and "Kobune No Tabi".  © 1996-2021, Dusty Groove, Inc.