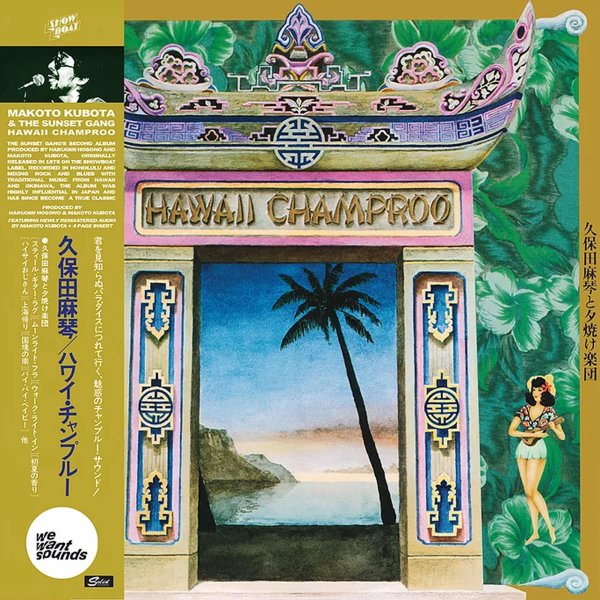 A beautiful record that finds a great 70s expression of the longstanding love of Hawaiian music that's held fast in Japan for many many years – a set that was recorded in Hawaii by offbeat Japanese musician Makoto Kubota, in ways that offer up his own very personal interpretation of inspirations from the islands! This isn't your dad's exotica, and it's not Don Ho either – as Kubota works with production help from Haruomi Hosono, and comes up with a style that's as colorful and playful as the cover – mostly acoustic, but with some warmer instrumentation in the mix too - and vocals that move between English and Japanese, while steel guitar and other familiar Hawaiian instrumentation come off with all these unusual moments and playful touches! Titles include "Shoka No Kaori", "Walk Right In", "Steel Guitar Rag", "Itsu No Hi Omae Was", "San Francisco Bay Blues", and "Oh Senorita".  © 1996-2021, Dusty Groove, Inc.