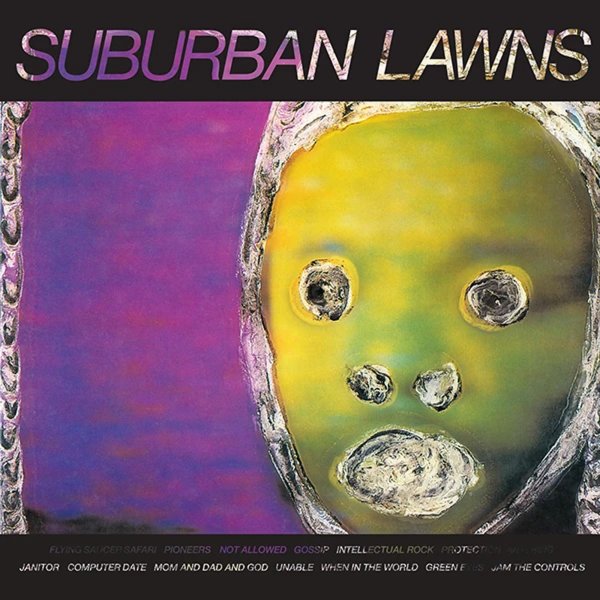 The only full length album ever issued by Suburban Lawns – a real standout in the southern California scene at the end of the 70s, and a group whose potential seems to know no bounds! These guys are clearly rooted in punk, but already reaching past it – getting creative and playful with their song structure, then rolling back into these short, sharp bursts of guitar energy that shows that they can go head to head with the best of them – a combination that makes the record pretty darn fantastic all the way through! Vocals are nice and jagged, and really fit the spirit of the songs – which were all penned by Su Tissue, who sings lead on a number of them. Titles include "Janitor", "Flying Saucer Safari", "Anything", "Green Eyes", "Jam The Controls", "Intellectual Rock", "Gossip", "Unable", "When In The World", "Not Allowed", and "Mom & Dad & God".  © 1996-2022, Dusty Groove, Inc.