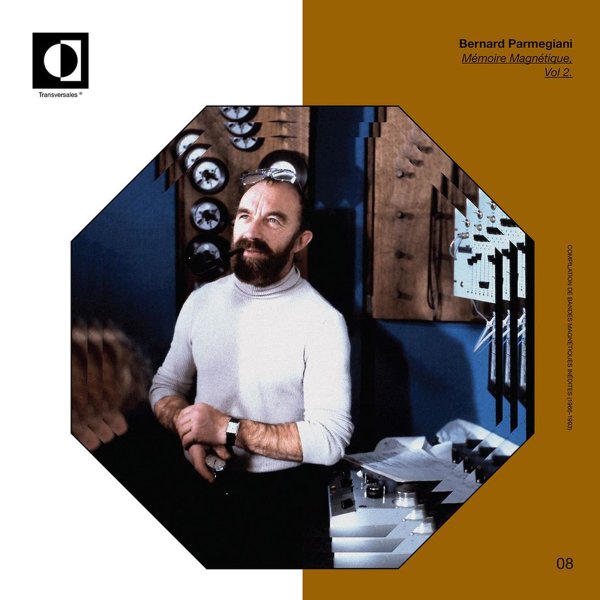 One of the coolest collections of work we've ever seen from electronic genius Bernard Parmegiani – a batch of tracks that are relatively short, in comparison to some of Bernard's better-known longform work – but manage to pack all sorts of amazing sounds into a very small space! The music here is almost as of Parmegiani found a way to focus on the core elements of his creations, strip them down, and deliver the goods with a lean sound that's often quite tuneful, sometimes a bit funky – heavy on keyboards and electronics, with an eeriness that's not unlike early John Carpenter film scores. Titles include "Stade 2", "Spot Pub", "Temoignanes", "Pop Secret", "Lion D'Or", "Sonal Roissy", "Electrorhythmes", and "Bongo Fuego".  © 1996-2021, Dusty Groove, Inc.