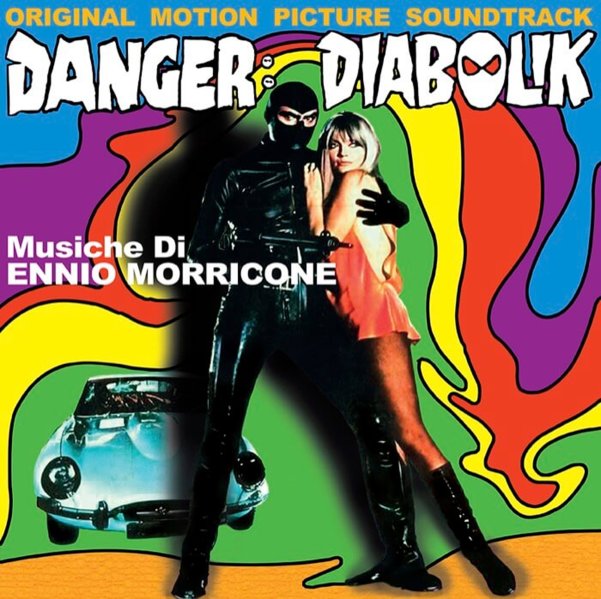 One of Ennio Morricone's wildest soundtracks – a unique mix of guitars, electronics, and some very mod orchestrations! The feel here is a darkly futuristic one, but it's not without a touch of camp – and Morricone more than rises to the occasion with help from conductor Bruno Nicolai, who really makes the mad twists and turns of the score come alive. The set is great, one of the standout scores of the Italian scene – and this set features a total of 20 tracks in all – with titles that include "Bubbles", "Jenko's Plan Derails", "Headlines", "Money Orgy", "Driving Decoys", "Deep Down", "Now Go", "The Pyrite Wink", and "Last Laff".  © 1996-2021, Dusty Groove, Inc.