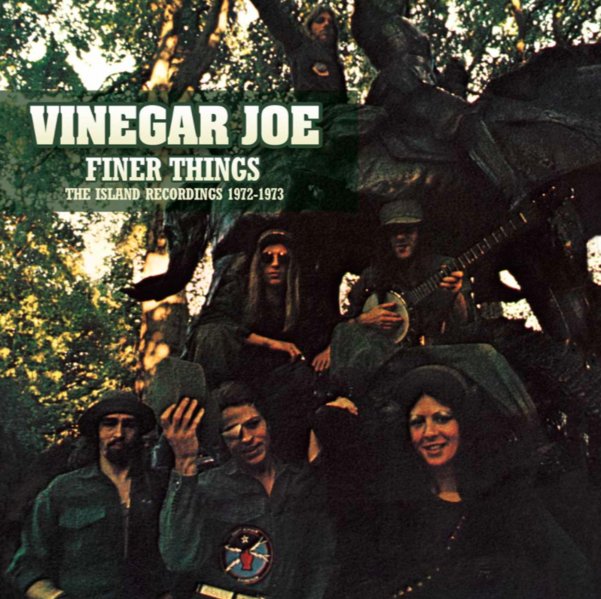 A trio of overlooked albums from UK group Vinegar Joe – packaged here with bonus tracks as well! First up is the group's debut, Vinegar Joe – a record with a UK blend of roots rock and deeper blues currents – but served up in that 70s style that takes all the best elements way past their familiar incarnations! The group sports two singers – a young Robert Palmer and female vocalist Elkie Brooks – and although Palmer would soon emerge as a more pop-oriented artist, he's got plenty of soulful chops here – but maybe still only second to Elkie, who soars out with the sort of inspiration that must have touched Janis Joplin as well. Titles include "Circles", "Leg Up", "See The World", "Never Met A Dog", "Live A Little Get Somewhere", and "Avinu Malkenu". Next up is Rock & Roll Gypsies – a record with a really wonderful sound – tight, but never too polished – maybe that UK love of American soul inspirations that folks know more famously in work by artists like Joe Cocker or Traffic, but which is served up here with a really unique feel by the overlooked Vinegar Joe! The group sports a fantastic lead female vocalist in Elkie Brooks, who'd later go on to make some great records on her own – and a young Robert Palmer rounds out the lyrics with a quality that's so different than his later work, and maybe even more soulful overall. Titles include "Falling", "It's Gettin To The Point", "Buddy Can You Spare Me A Line", "Angel", "No One Ever Do", "Forgive Us", and "Charley's Horse". Last up is Six Star General – the third album from Vinegar Joe, and a set that we're not sure got the same global circulation as the earlier albums – which is a real shame, as the group here are maybe even more focused on their sound than before! By this point, Robert Palmer has left the group, but the wonderful Elkie Brooks is still in the lead on guitar – and the group have impeccable instrumentation from Jim Mullen on guitar, Keef Harley on drums, and Mike Deacon on keyboards. Titles include "Proud To Be", "Black Smoke Rising From The Calumet", "Let Me Down Easy", "Fine Thing", "Lady Of The Rain", and "Dream My Own Dreams". Also features bonus tracks "Speed Queen Of Ventura", "Long Way Round", and single versions of "Black Smoke Rising From The Calument" and "Rock & Roll Gypsies".  © 1996-2022, Dusty Groove, Inc.