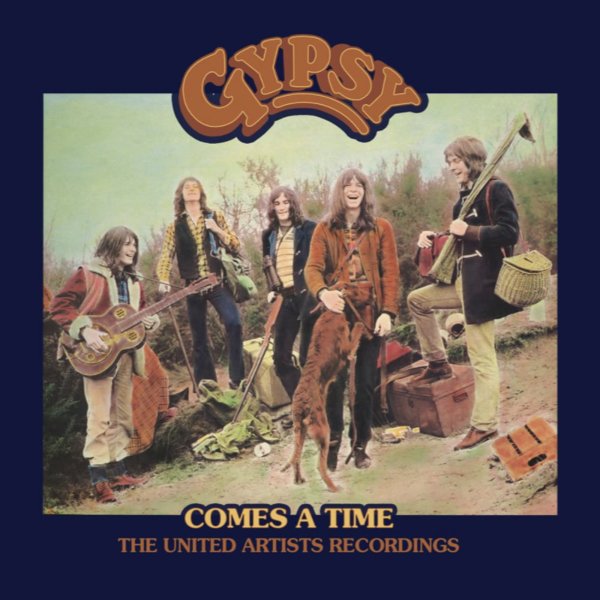 The full United Artists recordings of this enigmatic group – two full albums, and a bonus single too! First up is the self-titled Gypsy – work by a group who shouldn't be confused with the American act of the same name, even though their sound definitely has some influence from the rootsier sound of our scene at the same time! Acoustic and electric guitar lines mix up nicely, and the group often harmonize the lyrics between the singers – with a sinister edge at times that's a nice surprise, and an unusual approach that's nicely hard to peg – almost as if these guys took a jar full of familiar influences, shook it up, and poured out a special brew of their own. Titles include "Turning Wheel", "I Want To Be Beside You", "Standing Alone Feel So Bad", "Pony Ride", "Keep On Trying", and "What Makes A Man A Man". Brenda & The Rattlesnake has the group changing their lineup slightly, and their sound a bit more – really tightening things up on both the guitars and the vocals – which have this really wonderful focus that's produced strongly with a nice current of fuzz at the edges. There's a sense of compression that marks some of the more mainstream British work of the period, but these guys are hardly pop at all – maybe just a bit more hard rocking than before, but still very much their own bag. Titles include "Change Your Mind", "Shame", "Who's Cheating", "Brand New Car", "Midnight Fighter", and "Let's Roll". 2CD set features detailed notes, and the bonus single "Changes Coming" and "Don't Cry On Me".  © 1996-2021, Dusty Groove, Inc.