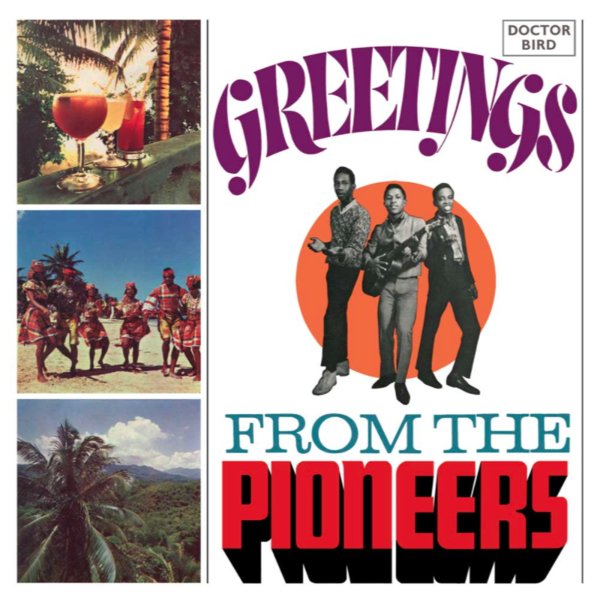 The rare first album from a heavenly Jamaican vocal group – the wonderful Pioneers, who have a rock-solid quality here that sounds even better with production from Joe Gibbs! The trio have a way of criss-crossing their vocals in the harmonies that's wonderful – bumping around with all these mellow-stepping grooves that seem to encourage them to stretch things out even more with the rhythms – all in a mode that's lean, lovely, and overflowing with the soulful currents that made this era in Jamaican music so great! Titles include "Me Naw Go A Believe", "You'll Never Get Away", "Shake It Up", "Whip Them", "No Dope Me Pony", "Sweet Dreams", "Jackpot", and "Give Me A Little Loving" – plus two tracks by the Righteous Flames too. PLUS, this 2CD package features a huge amount of bonus tracks – 42 more tracks that feature many other Joe Gibbs rocksteady work – lots more tracks by The Pioneers, plus more from Errol Dunkley, The Mellotones, Jackie Robinson, Lyn Taitt & The Jets, The Spanishites, Neville Hinds, The Royals, Invaders, and many more.  © 1996-2022, Dusty Groove, Inc.