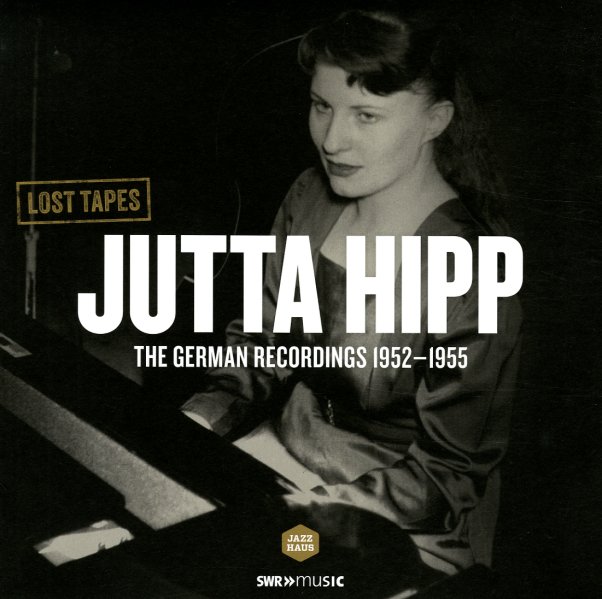 Rare work from female pianist Jutta Hipp – an artist who's probably known to most for her Blue Note sessions of the 50s, but who's heard here on some German recordings from younger years! Most of the material is live, but well-recorded – and even at this point, Hipp's touch on the piano is sublime – very fluid, yet focused and hard-swinging too – at a level that made her one of the best hardbop pianists on the European scene of the postwar years. Other players on these tracks include Hans Koller on tenor on four tracks, Joki Freund on tenor on two more – plus a bit of guitar from Atilla Zoller and some trombone from Albert Mangelsdorff. Titles include "Serpentinen", "You Go To My Head", "Sound Koller", "Daily Double", "Gone With The Wind", "Erroll's Bounce", "Blues After Hours", and "What Is This Thing Called Love".  © 1996-2022, Dusty Groove, Inc.
(Still sealed.)